Home > Moments > Sex in the Jacuzzi

Sex in the Jacuzzi

Some of you know that I am regularly in the jacuzzi. Last weekend I was in the jacuzzi of a boyfriend. The water was a lovely 38 degrees. We sat relax to talk about the movie where we previously had gone that evening. I was great with my favorite rosé wine. He had bought it specially for me.

I got it after a while some hot, no idea if it was the water or his glorious body. I decided to sit on the upper part beside him. Now I could easily caress my hand over his legs. He really enjoyed it, i soon saw a big lump formed in his swimsuit. After a few minutes, which seemed like ages to me, he took some initiative. He sat on his knees spread my legs. Slowly he began to massage my clitoris. I enjoyed intense !! I pushed my body up so my pussy just floated on the water.

He pushed my bikini panties aside so he had a good view on my swollen pussy. With his thumb he turned gently laps. I began to slowly move along with his rhythm. We went faster and he increased the pressure on my clitoris increasingly. He then picked me up and placed me on the edge of the jacuzzie. He had a good position to spoil my pussy and unwind. He pulled my bikini panties and began to suck my pussy lovely . His lips closed around my clitoris and he sucked lightly. He licked with his tongue and played with my clitoris. 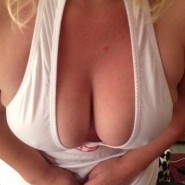 I am older than 18,
agree to view sexually explicit material
and accept the use of cookies.